Name: Cue2Walk
Goal: To develop a smart wearable device that gives people with Parkinson's more freedom of movement
Intended result: Remedy the so-called ‘Freeze of Gait’ in people with Parkinson's with the help of therapy and a smart wearable device
Partners: The Hague University of Applied Sciences, TU Delft, Basalt, Medical Delta Living Lab Rehabilitation Technology
Status: Scaling up with the support of a voucher from the ZorgTech Innovation Program

Over 50,000 Dutch people are living with Parkinson's disease, an incurable condition with deteriorating symptoms. A lot of exercise slows down the development of the disease, but there is the risk that the body ‘freezes’ for a few seconds to minutes while walking. Often resulting in falls, insecurity and a more passive lifestyle.

Cue2Walk developed a smart wearable that helps when such a ‘freeze of gait’ occurs and thus increases the self-reliance and quality of life of Parkinson's patients. As a project in the ZorgTech innovation program, Cue2Walk continues to develop the innovation. The innovation recently won the company from The Hague the Healthcare Innovation Prize for the region Zuid-Holland.

“More than 60% of all Parkinson’s patients have to deal with a freeze of gait,” says Martijn van der Ent, healthcare innovator and co-founder of Cue2Walk. “That creates enormous resistance to exercise and thus to continue doing things independently. Moreover, the freeze symptom manifests itself in different ways and in different situations for everyone.” Together with healthcare professionals and patients, Cue2Walk developed a device that recognizes the occurrence of a freeze with an algorithm and motion sensor. The wearer then receives a vibration or sound signal in time to adjust his or her motor skills.

Physiotherapist Trudy Bloem, specialized in Parkinson's and associated with ParkinsonNet, also calls freezing ‘a huge disabling symptom’. One of her patients wears knee pads while cooking because he most often ‘freezes’ and falls during that activity. “As a result, he has already been seriously injured. With the device he hopes to no longer need knee pads. Therapy alone is not enough, as the symptom does not appear in the treatment room. That makes this technology such a valuable addition.”

“A freeze of gait is caused by a malfunction in the brain,” explains Van der Ent. "You can prevent this by triggering a different level of brain activity." Cueing is a scientifically proven method for this: a signal makes you aware of your posture, which prevents an interruption of brain activity. There are already various cueing solutions on the market that indicate the walking rhythm with a light or sound signal. But the problem with such a constant signal is that habituation quickly occurs. Then the brain no longer notices the signal, just like you no longer hear a ticking clock after a while. ”

So the solution had to work more like a doorbell, which only triggers action when it is needed. Because a freeze occurs differently in each patient and occurs in different situations, this was not easy. “For some it happens on the street, for others at home or only at night,” says physiotherapist Bloem. “The way in which a freeze is created can also differ per person: sometimes someone walks more slowly, with smaller steps or more on tiptoe. A form of cueing that recognizes such personal characteristics did not yet exist." The great strength of Cue2Walk lies in the smart algorithm. Van der Ent: "This allows the device to recognize the personal indicators for a freeze, so that it only gives a signal when necessary and therefore remains effective."

Active and independent for longer

Since the idea was created about eight years ago, the developers have worked in close collaboration with various physiotherapists, rehabilitation centers and their patients, including Basalt Rehabilitation in the Medical Delta Living Lab Rehabilitation Technology. “We extensively test new versions with patients and their practitioners,” says Van der Ent. “We make an optimization based on the needs and findings of the patient and practitioner. So the solution was created and further developed in practice.”

Bloem has been involved with Cue2Walk from the very beginning. ”I have been doing this work for 35 years now and I find it special that young developers nowadays think along with us so much and dedicate themselves to care. They take into account that the technology must be easy to use and they work closely with the patients themselves, for example by seeing how the wearable works in reality at home.”

The reactions of participants in the various pilots are positive. “It was not difficult to find Parkinson’s patients who wanted to be test subjects: Cue2Walk makes living with Parkinson’s a lot easier,” she says. “Many patients are still young and very fit. Thanks to the device of Cue2Walk, they remain active and independent for much longer. And that in return means less pressure on healthcare.”

To improve the quality of life of as many Parkinson’s patients as possible with their innovation, Cue2Walk together with Basalt Rehabilitation and specialized first-line physiotherapy practices joined ZorgTech. This joint program of the Rotterdam The Hague Metropolitan Area (MRDH), Medical Delta, TNO, the province of South Holland and InnovationQuarter drives innovation in healthcare. The program enabled Cue2Walk to strengthen existing multidisciplinary collaborations with healthcare professionals and to further optimize the technology.

“A lot happens when you put a product on the market. Think of examining the process-based, technical and financial feasibility,”says Van der Ent. “The support from ZorgTech was enormously valuable in this regard. During intervision sessions with the various partners, we also focused our core values ​​and based on that, we determined the priorities, a strategic plan and a minimum viable product. InnovationQuarter thinks along with you in terms of content and has a large network from which we have benefited a lot. For example we learned how to strengthen each other within a multidisciplinary collaboration and discovered the importance of focusing on the core.”

With those insights, Cue2Walk is now taking the next step: scaling up the technology. “We want to make the wearable available to as many Parkinson's patients in the Netherlands as possible. For this we need more publicity, to which the Healthcare Innovation Prize naturally contributes a lot. We are also going to set up the production process, we are finalizing CE certification and we are working hard on the possibility of reimbursement from health insurance companies. We cannot do this alone. That is why we join forces with healthcare organizations. ZorgTech has shown us how much this collaboration yields. We want to relieve the burden on healthcare and contribute to a better, more active and more independent life for as many Parkinson’s patients as possible." 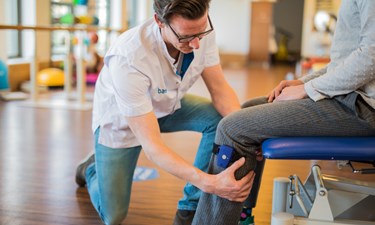 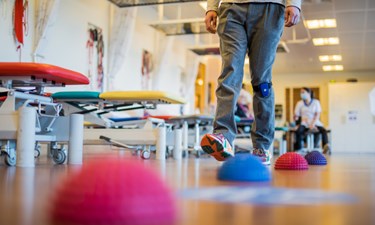 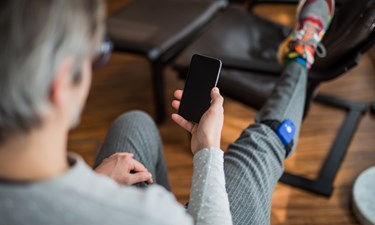 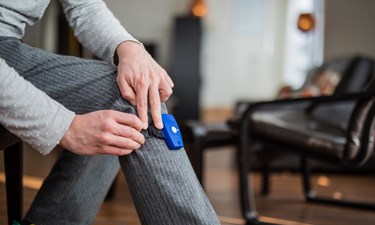 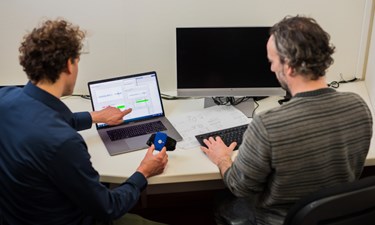 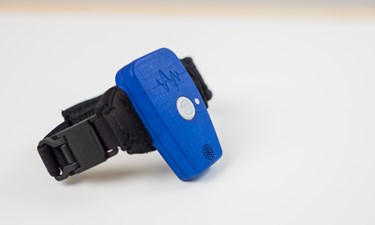 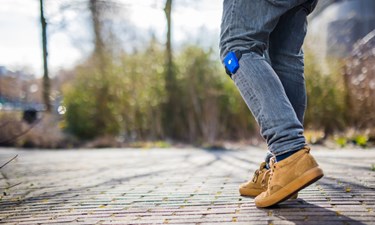